Humans and animals have been using magic mushrooms for thousands of years.  Although they’re older than humankind, the earliest documented use was in North Africa in 10,000 B.C.E. Psychedelic mushrooms show up in carvings and statues all over the world after this time. Psilocybe mushrooms were used to help communicate with old gods, gain insight during spiritual ceremonies, and are thought to have helped in human evolution. Popularity grew in the ’70s as a way to unlock creative potential before “the war on drugs”.  As more is becoming known about Psilocybin’s many benefits, the more popular interest is exploding.

Psilocybin is one of the main molecules in “magic mushrooms”, also commonly called “shrooms.” There are more than 100 different varieties of wild fungi around the world that contain this psilocybin.  When Psilocybin is ingested it is turned into psilocin. The psilocin then interacts with serotonin levels in the body. It causes hallucinations and strange perceptions when taken in large doses.  When taken in smaller doses it is known to boost mood and enhance creativity.

The First Users of Magic Mushrooms

The use of magic mushrooms pre-dates the birth of civilization around 6000 years ago. There are statues, rock paintings, and other representatives of what appears to mushroom from as far back as 10.000 B.C.E. 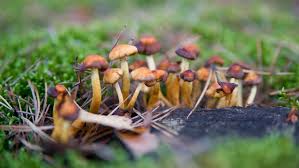 Many people believe that magic mushrooms had an important role in human evolution. In the 1950s, R. Gordon Wasson traveled to Mexico and concluded that psychedelic mushrooms were responsible for our advancement in language and religion. He thinks that humans “ate their way to consciousness”. This would make sense as psilocybe mushrooms are resilient, and common on every inhabitable continent.

The Discovery of Psilocybin

In one experiment he gave prisoners psilocybin to see if it could be an effective psychotherapy aide. The results were incredible! Six months into the treatment the subject’s recidivism rate was 40% lower.

After this success, he became confident in this magical chemical healing qualities. He began to test it on his graduate students. Nearly every single student had profound spiritual experiences. They did a follow-up study on these students 25 years later and the results were positive.  All of the students report that they experience long-term positive changes in their lives after the study. 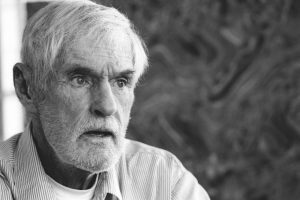 The “War on Drugs”

The use of psychedelic drugs boomed in the ’60s. When you think of that time the first thing that comes to mind is probably the hippie culture. Unfortunately, due to the stigma around psychedelics, they were unacceptable in mainstream society. Leary was fired his position from Harvard in 1963.  This was due to backlash from faculty and academics. They stopped all studies right away. Magic mushrooms were no longer seen as taboo but as dangerous. They were officially made illegal in October 1968. Nixons “warn on drugs” in the ‘70s created the idea that all drugs were bad. Until the ’90s there was no new research. This is when interest in this magical fungus was reignited.

Magic mushrooms have had an amazing comeback in recent years.  New research has been replacing the old stigma around this natural psychedelic.  This has helped them to become more mainstream.  The first new psilocybin study was conducted in 1997.  This led to a new surge popular interest.  This led to a resurgence of interest which led to many more studies.  The FDA granted Compass Pathways to study the benefits of psilocybin on depression in 2018.  One of the biggest things to happen was in 2019.  John Hopkins opened a center for Psychadelic and Consciousness research.  They are currently studying the benefits of this natural chemical as a treatment for PTSD, Lyme disease, and alcohol dependency.

If you want to learn more about Magic mushrooms take a look at our other blog posts.